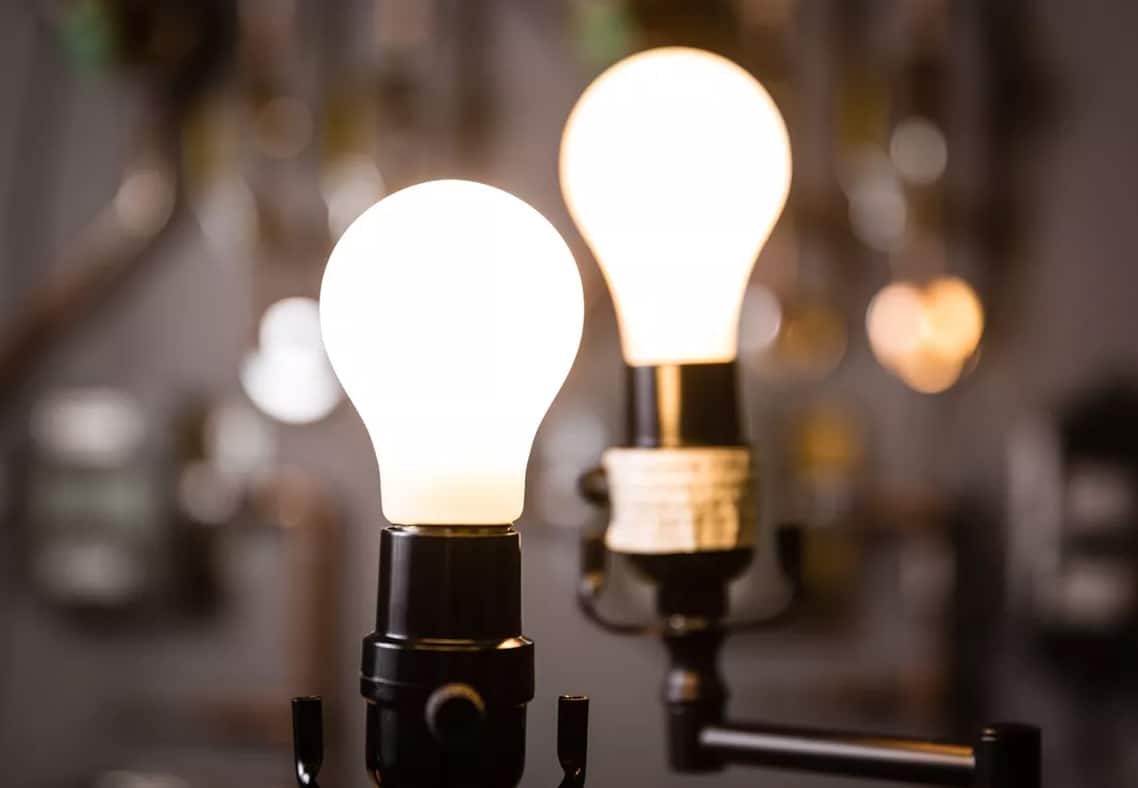 Why do more and more people say “Happy Holidays” instead of “Merry Christmas”? Simple. December is a month with more than one holiday. If you are a Christian, December is when you celebrate the birth of Christ. If you are a Wiccan, December is when you commemorate the winter solstice. If you are Jewish, December is the month you celebrate Hanukkah––the festival of lights. This ancient Jewish celebration runs for eight days and commemorates a miracle that is said to have happened shortly after the Maccabean uprising. According to legend, there was only enough oil left in the Temple menorah to burn for one day, yet the light supernaturally burned eight straight days. Spooky, huh? As you can see, from the start, Hanukkah was a true energy-efficient holiday.
Today, that tradition of conservation continues. Rather than super-sizing their electric bills with two-stories of twinkly lights, inflatable reindeer and an illuminated ten foot Noel candle, the average Jewish home goes incognito with the simple lighting of a 9-prong menorah. No huge pyrotechnic extravaganza, just matches and candles. A single candle is lit each night over the eight nights until, on the final night, all the candles are burning brightly. An extra candle, called the shamash, is also lit each evening. So the first night the Jewish family lights two candles, including the shamash, three the second night and so on.
After lighting the Hanukkah menorah, it is customary in many Jewish homes to play the Yiddish dreidel game. The dreidel is a wooden toy that the Jewish children spin like a top. In this Hanukkah game, each player starts out with 10 or 15 chocolate coins, nuts, raisins, candies or other markers. As the game commences, the child places one marker in the “pot.” The players take turns spinning the dreidel. Depending on which side the dreidel falls on the player either wins a marker from the pot or has to kick in one from his stash. Again, a pretty low-tech energy-saving game when compared to the Xbox set up that most American kids are accustomed to. In the U.S., Hanukkah has an additional perk for the kids. Each child gets one gift for every night of the celebration. That’s eight presents in all. It may not be Santa Claus, but hey, it’s a pretty sweet haul. So Merry Christmas, have a nice solstice and Happy Hanukkah.